The main entrance to the Timaru Botanic Gardens is in Queen Street near the corner of King Street.   To enter you pass through the ornate Gloucester Gates which were opened by the Duke of Gloucester in 1935. 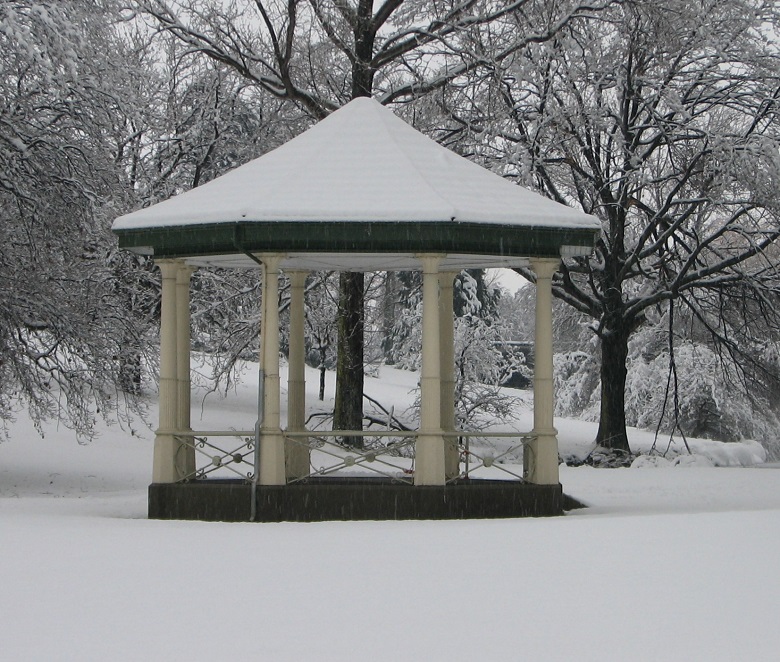 In 1864 Canterbury Provincial Council were asked by the people of Timaru to make a reserve out of unsold land known as Government Town at the south end of Timaru . This consisted of just over one square kilometer of land between Domain Avenue, North Street Craigie Avenue and the Ocean.

The Government lifted 23 hectares of land from ‘waste land regulations’ and surveyor Samuel Hewlings set aside 2 hectares for Botanic Gardens.  In 1867 the area was placed under the care of the Borough of Timaru Park Commissioners, the following year the planting of trees and shrubs got underway.

$200 pounds was set aside in 1872 for a ranger’s cottage and advertisements soon appeared in the Timaru Herald inviting the public to make donations of trees, shrubs, flower roots, bulbs and seeds.  The majority of early planting was carried out with convict labour from the local Timaru Gaol and floral fetes were organized to raise money for development of The Gardens. 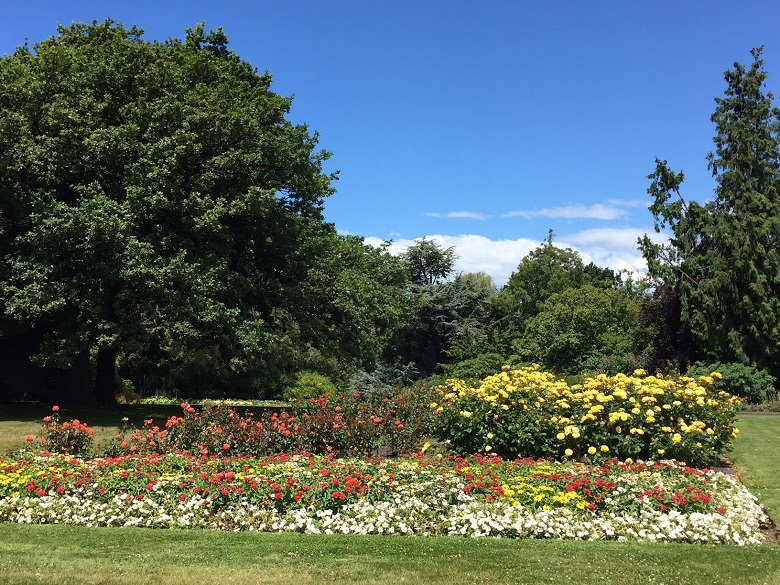 The first glasshouse/conservatory was constructed in 1905 around the time when the south side of The Gardens were still being leased for the farming of crops and the grazing of sheep.   The Band Rotunda was added in 1912 to commemorate the Coronation of King George V.  The following year the marble statue of renowned Scottish poet Robert Burns was donated to the people of Timaru by former mayor James Craigie.  By 1916 tennis courts and a bowling green had been laid down.

In 1938 land for the Timaru Hospital was subdivided from the Botanic Gardens providing patients and visitors with a lovely environment for rest, recuperation and reflection.

In 1988 the Shakespeare Trail was laid out and the Graeme Paterson Conservatory was built in honour of the former Director of Parks and Recreation.

In 2014 the Timaru Botanic Gardens was recognised as a Garden of National Significance by the New Zealand Gardens Trust.

The Timaru Botanic Gardens provides some very attractive vistas as well as a year round interest for plant lovers. It is a photographer's delight.

A highlight for children is feeding the ducks on a Saturday, by Sunday they are usually too well fed to be interested.

There are daily opening and closings of the main vehicular entrance gates on Queen Street, and the barrier which closes the exit on Domain Avenue. These are opened each day, including weekends and public holidays at 8am, and are closed each day at dusk (see below). As a general rule, the following times will apply:

Please ensure your vehicle is removed before closing time.

Pedestrian access to the park is available 24 hours a day.