Andrew Burnett and Catherine Burnett who took up Mt Cook Station in 1864 were from Strathnaver, in the Scottish Highlands

Thomas Burnett acquired ownership of Mt Cook Station at a period in Mackenzie County history when there was a series of devastating snowy winters, and in spite of the extent of his run reaching right to the Tasman Glacier, he saved his flock.

He was deeply conscious of South Canterbury’s drought vulnerability, and after much battling persuaded the Government to undertake the Downlands Water Supply Scheme. Grateful ratepayers erected a memorial to him by the main highway near cave.

He was also instrumental in getting the Land Act altered to give security of tenure to pastoral lessees, enabling progress in the high country.

He was moving figures in the establishment of the Tekapo Sale with its own new yards in 1928.

He built St Davids Pioneer Memorial Church at Cave in 1930 at his own expense and organised, paid for and erected the memorials at Burkes Pass, Mackenzie Pass and the War Memorial on the Cave Hill.

He was much involved in alleviating distress caused by the Great Depression of the 1930s.

He was one of the first nature conservationists and was known latterly as the “Man from the Misty Gorges”. 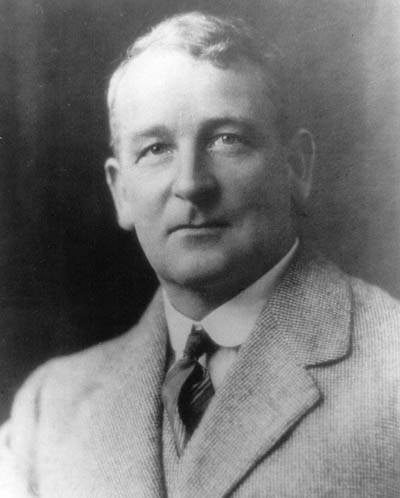